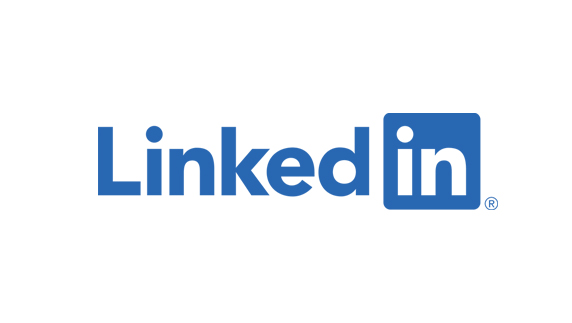 The purpose of this brief note is to share few, scattered thoughts about the Digital Services Tax (DST) proposed by the European Commission on 21st March 2018 as a “quick fix” to ensure a fair and effective taxation of digital businesses.

Just some background information. The well-known problem with taxing the digital economy is the manifest inability of existing corporate tax rules to effectively target profits generated by digital companies. Neither current tax rules appear indeed to be aligned with the principle that income should be taxed where the value is created. In the wait of a multilateral and more comprehensive solution to be agreed at the international level and, further, in order to avoid unilateral and uncoordinated actions by Member States, the DST is meant to provide an interim remedy to this situation, by ensuring that profits from digital activities would indeed be taxed and that taxation would take place where the value is actually created.

Among the digital services that fall within the “targeted scope” of the proposed turnover tax, there are also intermediation services provided by multi-sided digital platforms, defined by art. 3 (1) (b) of the proposed Directive as those “which allow[s] users to find other users and to interact with them, and which may also facilitate the provision of underlying supplies of goods or services directly between users”. Notably, multi-sided digital platforms distinguish themselves from traditional “bricks-and-mortar” activities based on the fact that users do indeed participate and contribute to the value creation process by digital businesses.

Taking stock of this, the proposed Directive stipulates that taxing rights over profits of multi-sided digital platforms shall be allocated among states on the basis of where users are actually located at the moment of concluding the underlying transactions. For this purpose, the Internet Protocol (IP) address of the device utilized by either user to conclude the underlying transactions serves a relevant proxy, unless any other method of geolocation is available to the taxable person and such method offers a more accurate result. Noteworthy, revenue obtained by users through the underlying transactions remain outside the scope of the proposed tax. The role played by users in the underlying transactions (e.g. of sellers or buyers) is also irrelevant. So is it the circumstance that only a party is charged by the platform, while the other party gets the digital service for “free” (although the consent granted by a user to a digital platform to access his personal data may be viewed as a consideration in return for a service).

Reliance on the IP address or other more reliable method of geolocation seems to respond quite fairly to the overarching purpose of the DST to be “an easy-to-implement measure”. Nonetheless, this intent does not appear to be completely fulfilled for every business model within the scope of the DST. Certainly it is not so with regard to the business model of most multi-sided digital platforms. The case of Uber and Airbnb is illustrative.

Both these companies are multi-sided digital platforms, generally considered to pertain to the so-called “sharing economy”, which is just a corner of the digital economy. The circumstance that, under the DST, taxing rights over digital profits are split among states based on the location of both parties to the underlying transaction, irrespective of whether or not the party in question has in fact paid for the intermediation service provided by the platform, is meant to ensure equality of treatment between Uber and Airbnb. While, in fact, Uber charges only the driver for its intermediation services (taking, on average, a 25% stake in the price of each ride), Airbnb normally charges both hosts and guests with a commission fee proportional to the final price, although in different measures (hosts are in fact charged with a 3% fee, while guests’ fees vary from 20% to 0%). Also, the circumstance that a digital business faces the same single DST rate (3% of the profits) in all Member States ensures that the allocation of profits among states would occur independently on how much a digital platform in fact charges each party.

Notwithstanding the above considerations, some shortcomings with respect to the ultimate intent of the DST to tax profits where the value is created might nonetheless persist. Notably, in the case of an underlying activity such as that occurring by means of a platform like Uber (i.e. transportation), the location of users (i.e. the driver and the passenger) at the moment of concluding the underlying transaction will – obviously – coincide, so that taxing rights should arguably be attributed to the same jurisdiction. In fact, even if the passenger will use a device (typically a smartphone) displaying an IP address of another state, it can be maintained that the taxable person (i.e. Uber) will be able (or, even, obliged?) to rely on a more accurate means of geolocation, i.e. the GPS of the device, which is able to track where the transportation service actually takes place. Such “corrective” intervention would indeed consent to allocate taxing rights over digital profits resulting from the interaction among users to the jurisdiction where value is actually created.

On the contrary, the intermediation services relating to an underlying activity such as that of accommodation offered by a digital platform like Airbnb do not occur simultaneously with the provision of the underlying service and could therefore be carried out at a time when users (i.e. the host and the guest) are neither necessarily located in their respective jurisdiction of residence, nor in the country where the residential property is situated. By way of example, it can be imagined the case of an Italian resident who rents out his residential property located in Spain to a Belgian resident. Assuming that – as in most situations – the IP address of the device utilized by the users will lead to the respective country of residence of each party, taxing rights over digital profits generated by the underlying transaction would be proportionally allocated between Italy and Belgium. And yet, no taxing rights would be attributed to Spain, notwithstanding the rented property – which, arguably, only renders possible value creation in the given situation – is located in that country. The question is, then, whether the location of the property should eventually lead the taxable person to correct the determination of the place of taxation as seen with the case of the transportation activity performed using Uber. Another, even worse shortcoming would then materialize if a host and a guest conclude their accommodation exchange at a time when one or both of them are incidentally outside their jurisdiction of residence and by accessing their device through a Wi-Fi network. In such event, none of the countries where users are resident would have any taxing right over the digital profits resulting from the conclusion of the underlying transaction. Again, the question is whether the location of the rented property could constitute a simpler and more effective proxy to determine the place of taxation in such situation.

For more information on my research projects or on teaching and consulting collaborations, you may send me an email to: